After a great couple of months out here in Andorra, and with spring fast approaching, thoughts turn to freestyle and park riding.

Luckily enough for us, and those out here with snowboardcoach for the season, we have a fully kitted out indoor freestyle centre only 25 minutes away on the bus in Andorra La Vella. (www.360extrem.com).

With 2hr free sessions at €20 and group 2hr coaching sessions at €33 its an affordable addition to any freestyle training / week out here.

It would be great to see one of these centres in UK sometime soon.

How to boardslide on a snowboard

This week Lyndon at Snowboard Coach focuses on both the goofy (right foot) and regular (left foot) boardslides out to switch. So, if you’ve ever wanted to know how to boardslide a box on a snowboard check out the following 2 videos and get down to your local slope this weekend to try them out.

For a sound approach and posture on how to hit a box on a snowboard be sure to check out last weeks edition of ‘Snowboard Coach 60 Second Tune Up, 50 50 on a snowboard‘.

How to boardslide a box on a snowboard – Regular (left foot)

END_OF_DOCUMENT_TOKEN_TO_BE_REPLACED

As I’m sat at my desk watching even more snow falling here in Arinsal, Andorra, I thought I’d pass on some neat tips on freestyle riding.

If you haven’t heard already, Lyndon at Snowboard Coach has been busy over the last couple of months filming at the Snow Centre Hemel Hempstead.

Together with Uncontainable Media Lyndon has put together a bunch of 60 seconds tune ups geared towards freestyle snowboarding. The first set is both regular and goofy on how to 50-50 on a snowboard on a box.

Check back next week where we move onto regular and goofy boardslides.

END_OF_DOCUMENT_TOKEN_TO_BE_REPLACED

Here’s something to tickle your taste buds on this Sunday morning.

A short video that we put together from a powder day a couple of weeks back featuring Snowboard Coach Owner Ash Newnes and student. Enjoy!

Over the past few weeks the guys have been coached on riding a variety of conditions and terrain. With specific sessions delivered on how best to ride variables, bumps, powder, trees and what to look out for in the terrain and conditions to best navigate whatever the mountain throws at them.

We’re in the forth week now and with the weather being so nice, the focus this week has been on riding steeps (short radius turns – a key part of the Level 2 assessment).

There’s more snow forecasted for this weekend, so tomorrows sessions will focus on piste performance (carving). A video feedback session scheduled for lunch time, looking at all the weeks footage, will give the guys time to go ride / practice before the weekends snow arrives!

Be sure to check out the snowboardcoach Facebook page for pictures and videos of this season in Andorra.

I wanted to hold off on writing this update, on my Drake and Northwave 2012 / 2013 Kit, until I got the chance to ride some fresh powder. Which I did all yesterday after 3 days straight of heavy snow.

The whole board / boot / binding set up works really across a variety of terrain and riding (i.e. freestyle / piste / free-ride).

With the regular chamber that this board has, carving is so much fun, gripping so well through all types of terrain and conditions, and even when pushing it at speed. The first day I rode this, conditions where hard, early morning piste with sections of ice. Putting this board on an edge it didn’t slide / skid out one bit, cutting through the hard compacted snow conditions. Equally as good when it came to powder runs yesterday, a nice solid base underneath with no real need to think about having to keep the nose up, cutting through the variables and bumps too.
END_OF_DOCUMENT_TOKEN_TO_BE_REPLACED 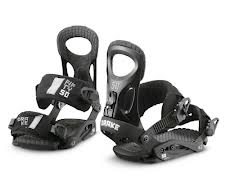 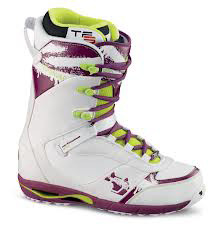 The new kit for this season arrived last week just in time to be packed up ready for the season in Andorra.

The kit is as follows: Drake Descent 157, Drake Fifty Bindings and a pair of Northwave Zero classic lace boots.

For this season I wanted something with regular / traditional chamber and a mid – stiff flex. I’ve been playing around with various other chamber styles over the past year or so and the fact I’m going back to regular chamber speaks for itself.

Again, this is just my personal preference, but I found all the other boards I tried didn’t give me back the feedback I was after. I want a board that feels END_OF_DOCUMENT_TOKEN_TO_BE_REPLACED

With the start of the new season only months away, thoughts turn to all the new kit out this year. I’ve listed out 4 links to various sites offering up reviews and tech-talk about all this years new gear.

First up is Whitelines 2012-13 Buyers Guide. If you missed it, this was released at the end of August. The full whitelines article with previews of the magazine can be found here.

Published at http://www.mountainwatch.com, this article links to an online copy of Australia & New Zealand’s No.1 Snowboard Magazine.

It has all the usual bumph on snowboards, bindings, boots and accessories, allowing you to zoom in and flick from page to page.

With a specific section just for backcountry riding and the kit you’ll need, it also covers clothing in-depth, showing combinations for both women and men, as well as technical and base layers.

A nice touch if you’re looking for a brand new outfit this season.

END_OF_DOCUMENT_TOKEN_TO_BE_REPLACED

Last week, myself and Ash from Snowboard Coach flew to Spain to meet with the Valnord about this coming winter season in Andorra.

The trip was a huge success, confirming Snowboard Coach’s presence in Andorra for the 2012 /2013 winter and many seasons to come.

If you haven’t heard already, Snowboard Coach are moving their in-resort winter location from Bansko Bulgaria, to Arinsal Anodrra as of the 2012 / 2013 Season.

I will be based in Arinsal the whole season, running Snowboard Coaches’ BASI Snowboard Level 2 10 week Gap program, which starts in January. The first group has already been filled and there are only 6 places left on the second group! If you’re keen to be part of this years group, check out the program.

As well as the Snowboard Level 2 program, Snowboard Coach will be running performance riding and END_OF_DOCUMENT_TOKEN_TO_BE_REPLACED

Link Friday: A love of freestyle?

If you love park riding then you’re going to love this next post.

It’s about a site I mentioned back in April last year and had some trouble signing up. read that particular post here.

However, there are no such issues now and they have since re-vamped the site which I really do like the look of.
END_OF_DOCUMENT_TOKEN_TO_BE_REPLACED

Chris is an ISIA snowboard instructor and freestyle coach working within the UK and Europe and has been riding and coaching since 2001. Read more about him here.