In July 2007 Isenseven released it’s trailer of “Undermovie”, an additional feature of their 2007 release called “Übermovie”.

Since watching this for the first time back at the beginning of the 2007 season, it has been played many many times again. Usually during the season at around 7.00am to get me out of bed and geared up for a days riding.

Watch it and you’ll see why. For me it’s still the best snowboard film trailer I’ve seen (so far..)

Isenseven are currently releasing a bunch of films shot back in 2003. It’s really good to see the riding and filming style back then.

They will be posting 3 movies online every month for free viewing and downloading. Available here . 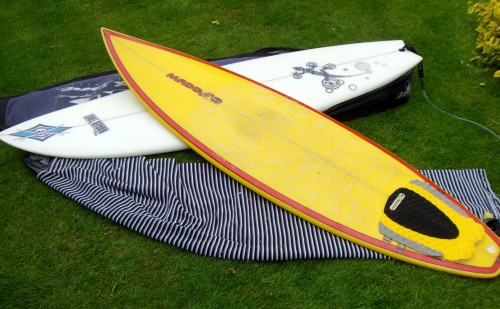 Out with the boards – time for Summer!

Down from the loft and out of the wrapping, off with the old wax in prep for a fresh coat… I was busy today scraping the wax off my 6’2″…

Privacy All contents published in this blog are intellectual property of the author, ‘Chris Skinner’, and should not be reproduced or copied without permission and/or without giving credit. The author of this…