Will there be a sequel to TRON: Legacy? TRON 3 prediction / story line:

I realise this post is somewhat off the usual ‘sporting’ subject but I hate to see a good film go unnoticed.

I remember watching the original Tron film years back and was excited to hear of the follow up that came out last year. Now without spoiling the movie for those who haven’t seen it yet, I think that there will be a another sequel in the not to distance future and here’s why.

Original TRON – The film tells the story of Flynn as he attempts to hack into the ENCOM mainframe to prove that Dillinger has appropriated his work, but ends up being transported into the Digital World itself as a unique program/User. There, he teams up with Tron to defeat the Master Control Program, who has been controlling the Digital World.

TRON: Legacy – Note Dillingers son on the board, (Edward Dillinger played by Cillian Murphy) and the end scene of the film with the memory card on a key chain (won’t say any more).

I think these two scenes will have a profound effect on the story line of a potential 3rd instalment to the TRON Saga. Edward Dillinger somehow getting his hands on the memory stick up against Sam Flynn in a digital word that has spread into the real word 5 years on….

While writing this I have resisted the urge to do a search on the old googleizeer but not sure I’ll be able to hold out much longer.

If you haven’t seen TRON: Legacy yet, I’d strongly suggest to go and see it. If you can, try watching the original 1982 TRON first. 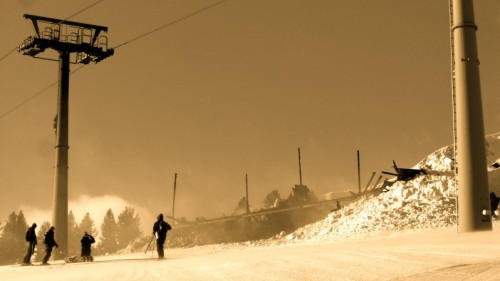 One of the mountain restaurants in Bansko, Bulgaria was still smouldering when we rode past early this morning. Situated at the bottom of t-bars lifts, that lead up to Todorka… 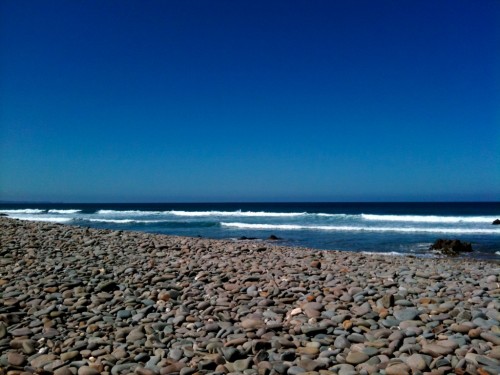 The sun is out, the surf is clean and no one’s about. Feels like I should go on and make a poem out of this! We’ve been having some great…