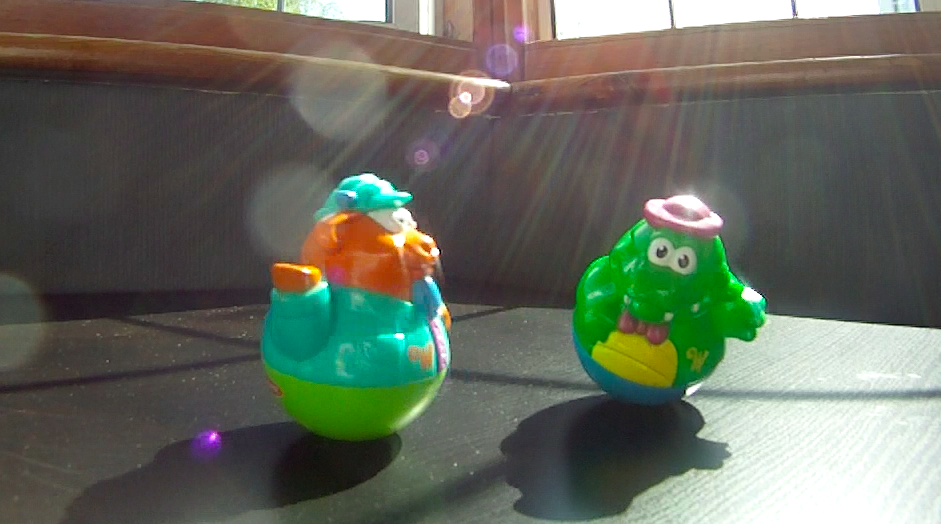 This week I’m going to talk about crossing over from one edge, onto the next. That middle ground where the board goes flat for a second or two before we feel the next edge bite.

Last week I went in search for a couple of weeble toys from the 70’s that like to wobble. If you’ve never heard of them before then have a read here.

Why, I hear you ask, would you want to go and buy a couple of those….? Well they would be good snowboarders if they tried!

As they move from side to side, they represent a good position in regards to alignment.

Whenever they are wobbling they are nicely stacked and in line (I know that they are held together with bits a plastic but bear with me on this one).

This is the type of strong position that we want to think about when going from edge to edge. an excellent way to think of tackling those cat tracks (read How to ride a cat track on a snowboard ).

Stay solid and strong, cross over as one

when transferring from one edge to the next, think about moving as a weeble, in one fluid motion.

Think about moving the board, body, hips, head etc together.

All crossing over at the same time, ensuring that when you transfer onto the new edge, you are centred over it, ready for any bumps / increases in pressure etc that may occur throughout the new turn.

Of course everything is not going to cross over at precisely the same time, but aim to do so and you will feel more stable and in control.

Helping you set up for the next turn

What we are trying to get rid of here, is where the board is moved under the body onto the new edge leaving the upper body behind and having to play catch up. This can lead to being caught inside the turn.

a classic example of where this can happen, is prior to a toe to heel edge turn.

Riding across the hill on the toe edge, just before going for the heel edge turn, the rider flicks the board underneath the body and plants it onto the heel edge. The board now starts to turn, but because the upper body is still theoretical in a toe edge position the rider is now caught inside the turn, hunched over and unable to deal with the pressures from the turn.

This can lead to a long list of problems and additional movements having to be made because we did not cross over properly.

Why make extra work for yourself? I thought this snowboard malarkey was supposed to be easy …..

In addition, if we find ourself in a poor position throughout the turn it doesn’t go in our favour for the next turn (heel – toe), and this is probably one of the main reasons people don’t like the heel-toe turn (read Struggling with heel edge to toe edge turns on a snowboard?).

So, next time you’re out riding around going from edge to edge, think about being strong in the core, crossing over as one and remember, weebles wobble but don’t fall down!

How to carve with confidence on a snowboard

…the reason why tilt is so important in carving is that it allows room for the board to be flexed. The more tilt, the greater the board can be flexed,… 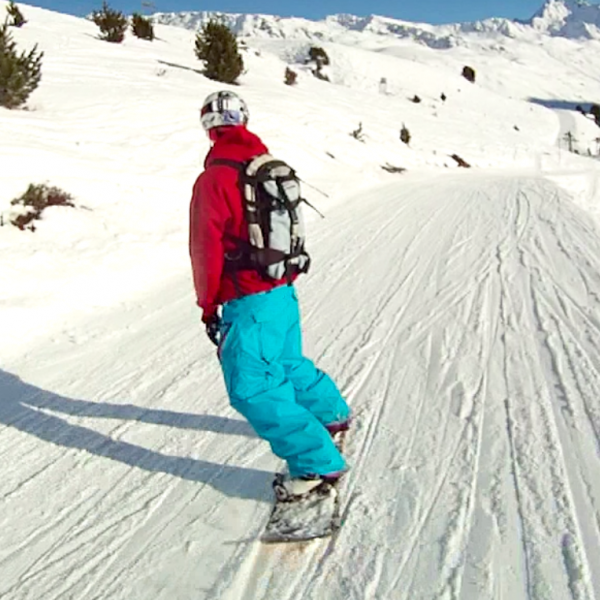 How to ride cat-tracks and flat sections on a snowboard

…the board starts to twitch – flicking back and forth from edge to edge…. then suddenly without any warning you’re heading off the side of the slope or head first…