Another jam packed course this week and ‘another’ perfectly shaped park, sectioned off in the beginner areas all to ourselves.

As well as myself coaching and David Allen on hand with the video camera, we also had Nick Edmonds shadowing and helping out. Nick is a BASI qualified instructor and freestyle coach and coaches regularly at Hemel.

After a quick chat with the group and downing of that cup of tea, it was straight off out onto the slope. Half an hour later, after running through some basic stance and balance exercises, warming up and a few technical riding / equipment tweaks, we were off to the park.

Using the image to the right, we had everything in green. A nice flat down box at the top, the SCUK box at that bottom, one small and one medium sized kicker. Perfect for progression in all areas.

This suited the group down to the ground, we had people trying out their first ever 50-50 on the SCUK box as well as perfecting the boardslide. Also, the down section of the flat down box at the top of the slope had a side on get to it, opening up all kids of options for the group.

As for the kickers, everything from 1st time straight airs, first time 180s to frontside 360s where being laid down.

When hitting the kicker, our main focus was on timing. Everyone knew what they ‘had’ to do, but just needed fine tuning to get the best out of themselves.

Simple drills were used, (with the help of some cones..), to get the legs up higher at the apex of the jump. A great progression to lead onto getting those all important grabs in, for both straight airs and rotations.

All in all it was a great day. A great atmosphere with huge progression from everything on the course. 10/10. Well done guys!

A short video clip of a 360 from this course will be included in next weeks Tips Monday post when we talk about set up / take off and in air stability for 360s.

Definition courses on freestyle Friday at Hemel Snow Centre have become extremely popular over the winter due to fact you have the option of staying on and riding in the evening freestyle session. If you have the legs for it that is…!

Be sure to check back for the video of this course, which should be up shortly on the Definition Camps facebook page – I will also post a link up here to it.

Last weekends 2 day Definition freestyle course at Hemel Hemstead snow centre went down a storm. Myself and a strong group of 6 riders began the weekend with some general… 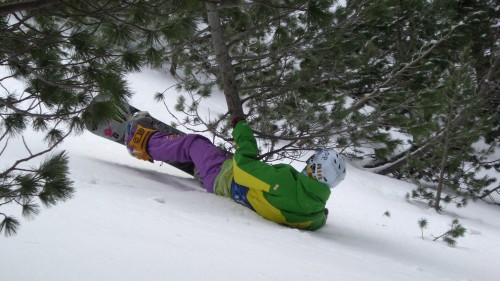 Another week with a group of students on a snowboard coach performance week in Bansko, Bulgaria. Getting fresh lines early in the season seems to have a price to pay,…